What Is Past Truisms?

Past Truisms is a Community Interest Company (CIC).  We represent – and are governed by – people from marginalised backgrounds. All of our work is designed to support those who lack voice – both in the past, and in present society. 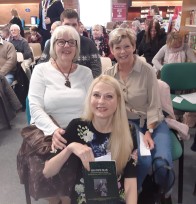 We are based in Huddersfield, West Yorkshire, where we carry out much of our work; although we are increasingly asked to support communities who want to learn from what we do. We prefer to work within smaller, contained groups who desperately need positive help and learning. And  we can count our successes locally, regionally and internationally.

What Drives Past Truisms?

We believe in the power of history, heritage and the arts.  We are committed to overcoming the various – and many – false perceptions of one another, both as individuals and as communities.

We usually work with those who live in the UK and who consider themselves to be ‘British’. But we are not interested in peddling concepts that deliver nationalist sentiments.  We want to help those who are still voiceless in terms of their heritage, identity and expression  – however they choose to define themselves.

We carry out our work by using heritage and the arts as a method of fostering greater understanding, cohesion and friendships between different groups of people; those of us who may live in the same towns, but who would not normally socialise together.

Over the years, the professionals that contribute to the work of Past Truisms CIC, have found that those of us who come from disadvantaged backgrounds might differ in terms of our race, ethnicity, age, faith, gender, schooling, politics or postcode – but that we usually have two things in common; our shared humanity and the need to feel proud of our area’s heritage – or our collective legacies.

Education, new knowledge and empathy is the key.  We can overcome differences and create a better future for the next generation just by learning about ‘that which we have in common.’

Who We Partners with – and Who We Represent

We’re about honouring our ancestors. But, we’re also about having compassion for our descendants.

Past Truisms celebrates and revisits the history and the arts of the overlooked;  the miners, the weavers, the navvies, the domestic servants, the brickies, the labourers, the traders, the grocers, the cotton spinners, the kept-at-home wives and daughters and sisters, the indentured, the slaves, the beaten, the abused, the mentally ill, the disabled, the societal-different and the inmates. Many of whom who did their best as individuals to educate themselves, but who were met with opposition at every turn.

So, we don’t have to agree on everything (in fact, life would be rather boring if that was the case!) but by working together to cherish our histories and to empower ourselves, we can overcome extremism, fear of ‘the other’, intolerance and hatred.

A ‘truism’ is a statement that is obviously true and not to be doubted; for example, the statement ‘you can’t win them all.’  Those of us involved with Past Truisms feel that many statements and buzz-words used in society – that are well-meaning’ – (such as ‘equal opportunities for all’) have now become so common that they have lost impact. In fact, in some cases, their use actually alienates the very people that they need to win over!

With this in mind, we design projects that unearth histories of places and people that have been overlooked in recent years.  Our work is designed to inspire disadvantaged people to move beyond clinging to over-used truisms. We want to create sparky new ways of looking at the world and at each other; new narratives that shore up those who are the most down-trodden in society.

Work with Past Truisms

Over the last year, Past Truisms has been leading on the Robert ‘Reschid’ Stanley project. This is a model that is already bringing together diverse groups of people, who would not normally come together to discuss their collective and different heritage backgrounds.

If you would like Past Truisms to come to your community in order to help you create a similar way of working – just get in touch. We love to work with different groups and to learn from one another.